SHUT THE F*UCK UP, NYC is a close observation of the various publicly-funded and privately-funded parks in New York City, and how noise pollution has affected each individual landscape. Standing in these parks, the remnants of Mannahatta (as it was known by the Lenape, who had already lived here for centuries) are still present. You can still hear the rustle of the trees, the songs of the birds, and the spirits that once walked these same lands.

Urban noises can be classified as several sources: background noise, mechanical equipment, human activity, noises of nature, human presence, speech and communication, biological sound and geophysical sound. We invite you to step into this space, close your eyes and see what you hear in the “sounds” of New York City. 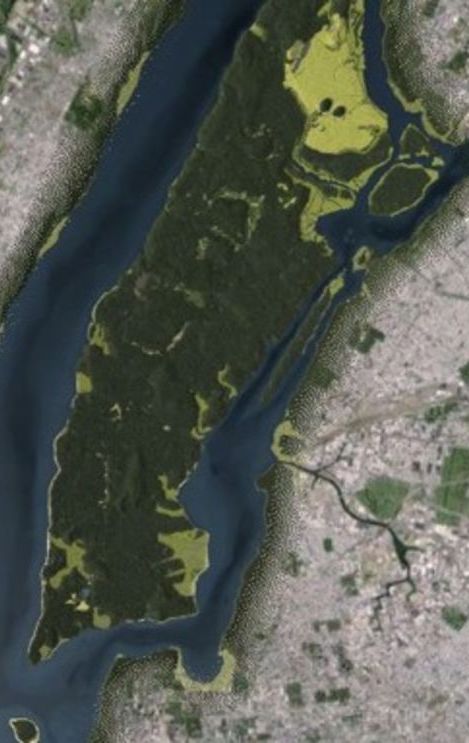 Central Park, arguably Manhattan's most famous park is a 843 acre “man made wonder”, as described by the New York City Office of Parks and recreation. Prominently featured in movies, television, and the media, it has become central to the identity of New York City in pop culture. It is the first public park built in the United States, hosting over 25 million people a year. For its visitors it provides recreation space for athletes, artists, families, tourists, and citizens of the area.

At sunrise it is party to the early rising bird watchers, joggers, cycling clubs, and dog walkers. The dew is fresh, the air is clean, and the clear sounds of nature and serenity seem out of place on the always bustling island. Crossing the quiet city streets into roving lawns, glacier remnants, stretching lakes, and blooming cherry blossoms, the park acts as a portal away from the concrete jungle. Yet, the cityscape is crucial to the makeup and appeal of the park. Surrounding skyscrapers trace the skyline above arching trees, leaving the early riser to ponder the grandeur of the city.

Riverside Park, a stretch of land on the upper west side for the jogger, dog walkers, and strolling hikers. It contains a wholly unique landscape, situated below rocky precipice overlooking the waterfront. Its proximity to the Henry Hudson Parkway creates an intriguing soundscape, as cars rush past in conjunction with the everyday runners.

In its essence, Riverside Park is a walking park. Each portion acts as natural liminal space for the passerby. Rarely did we capture the same attendee twice, save for the jogger running laps with his dog. Because of its expansive length and limited travel options, it was the park with the most limited coverage in our projections.

“The Gramercy Park Historic District provides an early example of creative town planning. The area was developed in 1831 by Samuel B Ruggles who laid out lots around New York City’s only surviving private park. Buyers of the lots became joint owners of the park and each received a key to the gate. Original townhouses in Greek Revival, Italianate, Gothic Revival and Victorian Gothic styles still line the south and west sides of the square. The Friends Meeting House of the 1850’s and one of the city’s earliest apartment houses, built in 1883 are at the southeast corner.” (Plaque provided by the Trustees of Gramercy Park 1981)

While the rest of the public parks of NYC are filled on this Sunday afternoon, Gramercy Park's most significant quality is its sparsity. As a private, residential park, access is limited to the selective wealthy residence of the neighbourhood. Exclusivity at its finest, to enter the gates requires a good-old fashioned lock and key. The landscaping and shrubbery are maintained to a T, giving structured beauty to the area. A list of rules is posted, marking no pets or recreational activity, adding to the constructed serenity. Although surrounded by residential buildings, the park, and neighbourhood itself, is oddly quiet compared to the rest of the city just a couple avenues over.

Washington Square Park is a staple of Greenwich village, a cultural hub of artists, students, vendors, skaters, and more. Its marker is its liveliness, as patrons gather around the famous fountain center in their bustling hubs. Music funnels in, from the portable speakers of gathering friends to the huskers that drum, sing, strum, and perform. Over the lawns, loose groups of friends picnic, relax, or play their preferred wacky college lawn sport (personally, I love to toss a disc).

Entering Alphabet City, you are encountered with Tompkins Square Park, a historic site of the east village. It is a nervous center of artist gatherings, hosting drag, music, and film festivals year round. Additionally, it contains extensive recreational facilities, from its skate park, to the handball and basketball courts lining the north side. We found the area to be a quintessential community space. The squares and various lawns lead you around winding paths that seem to take you in circles (some actually do!). This is the perfect place to grab a bagel with lox and cream cheese, and sit down to enjoy some sunshine!

Known as Manhattan's longest park, Sara D. Roosevelt Park stretches between multiple areas of downtown Manhattan. It contains an abundance of recreational facilities, filled with a number of playgrounds, soccer fields, basketball courts, and more. It provides space for the local little league matches, public school teams, and all active citizens of the area. Arching trees line the sidewalk in a vertical row, to create a never ending illusion that plays to the famous length of the park.

It is a park that belongs to multiple neighbourhoods, the makeup of its surroundings changing as it goes. Walking from East Houston St to Canal, the boutiques at the edge of Noho slowly transform to the local restaurants and business of Chinatown.

“The Elevated Acre at 55 Water Street, a building designed by Emery Roth & Sons, was completed in the early 1970s. After new zoning regulations for skyscrapers were passed in 1961, developers could add additional stories to a building’s height if it included a public plaza on the property. So, while this outdoor space was always there, the current design was just completed in 2005 by Ken Smith and Rogers Marvel Architects (now two separate firms, Marvel Architects and Rogers Partners), designers of other public spaces including the rehabilitation of McCarren Park Pool in Greenpoint, Bronx’s Mill Pond Park, and Washington DC’s Constitution Gardens.”

Thank you so much for coming to experience SHUT THE F*** UP, NYC!!! We hope you enjoyed the work and please let us know if you have any feedback for our future exhibitions.

A huge thank you to the NYU Tisch Pro Funds Grant, the Office of the Dean and the Tisch Undergraduate Student Council for all their support throughout this project. A special thank you to our project coordinator, Tom Beaver, who helped us through every step of the process and was so patient in making sure that the piece was exactly how we envisioned it! Also thank you to Caroline Wolfe Papocchia, Dr. Jason King, Nick Sansano, Errol Kolosine, Despina Netchev, Samantha Jackson, Michael Hagan and Noah Simon for their contributions and support. Lastly, thank you to the Tisch Drama Department for allowing us to use their space.

We'd like to know what you thought! If you'd like to, please take 2-minutes to fill out this short feedback form so that we can continue to improve this exhibition. 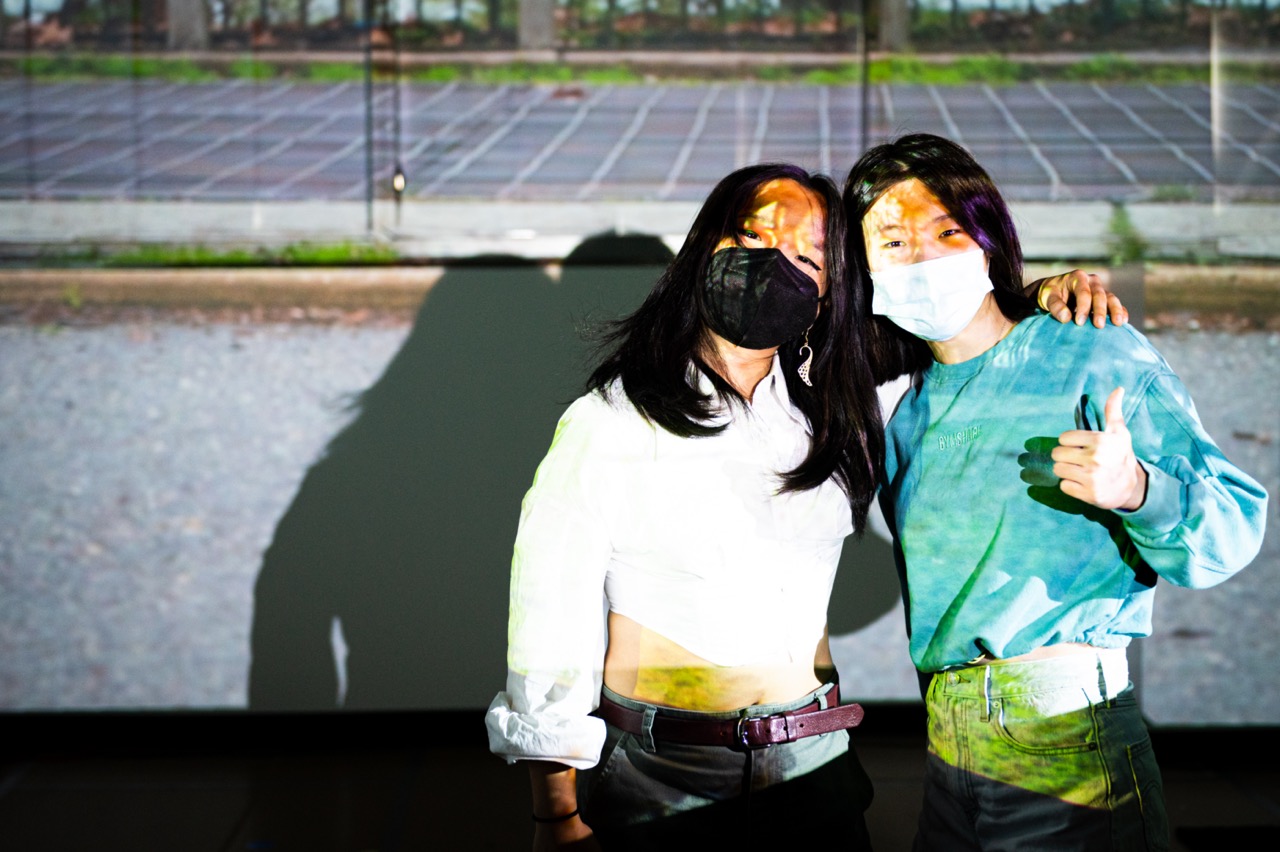 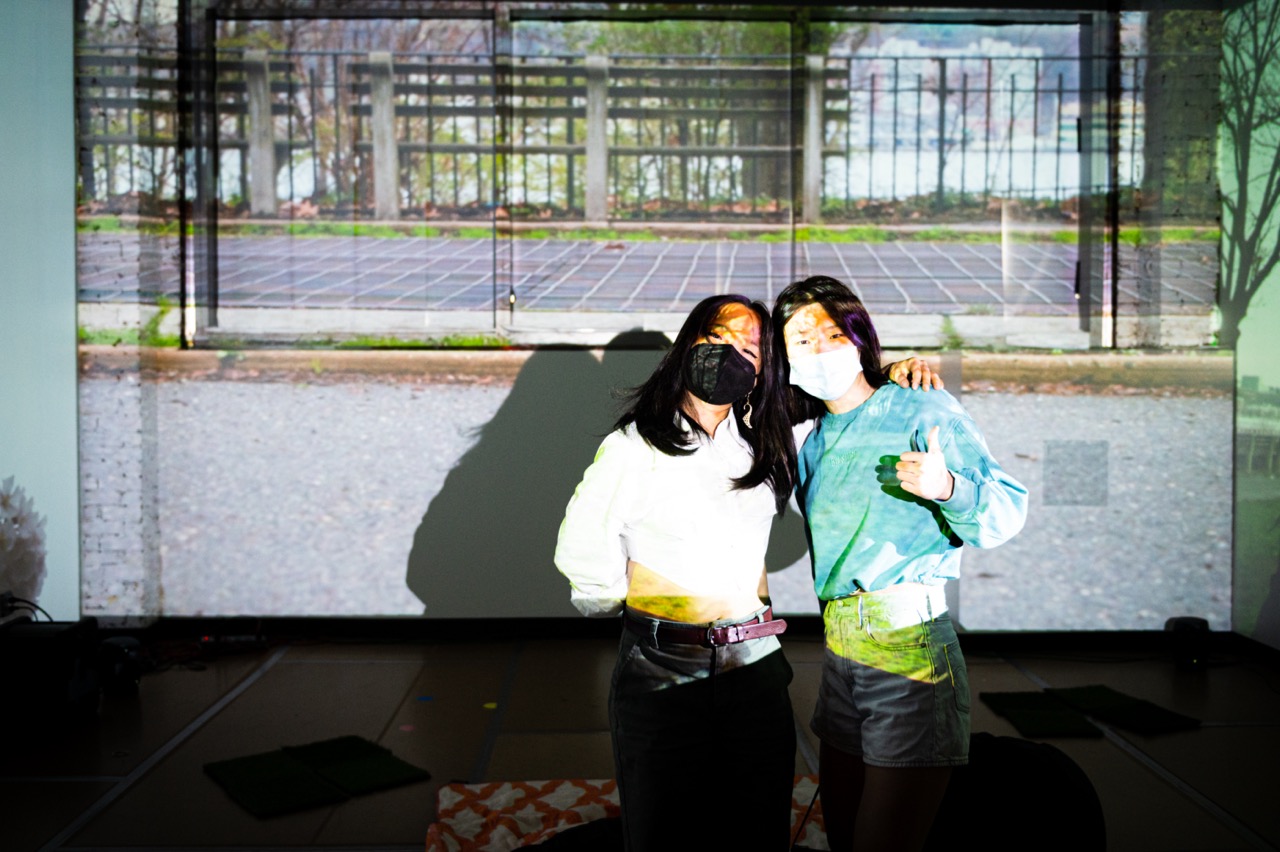 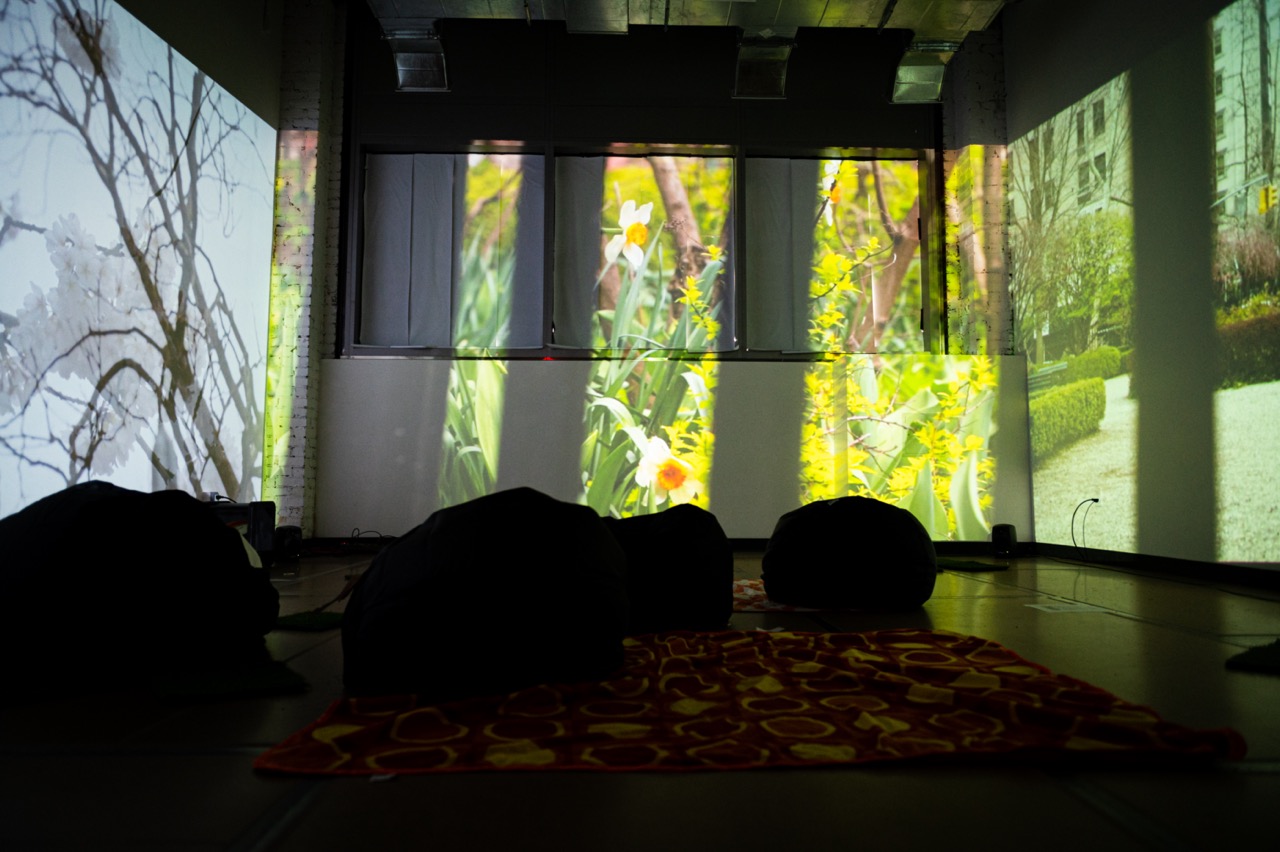 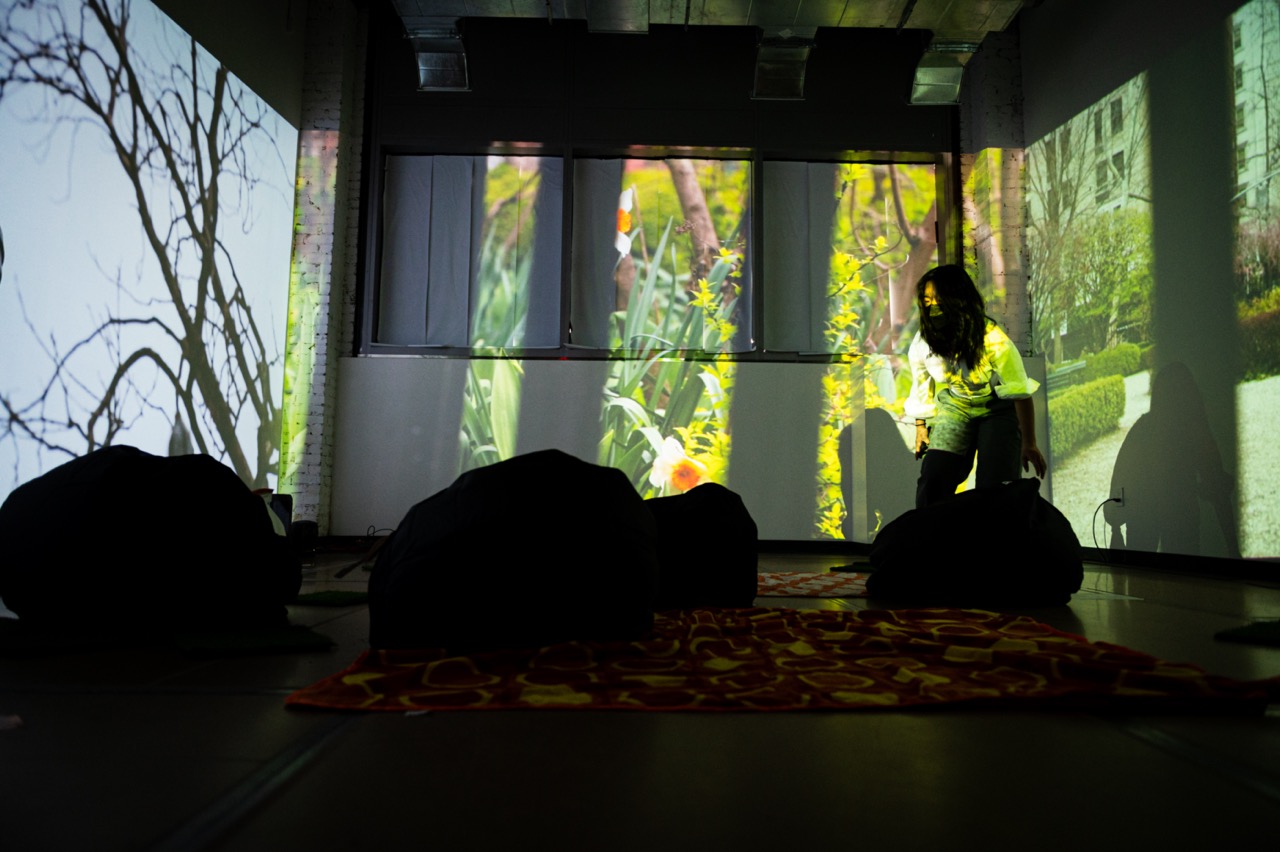 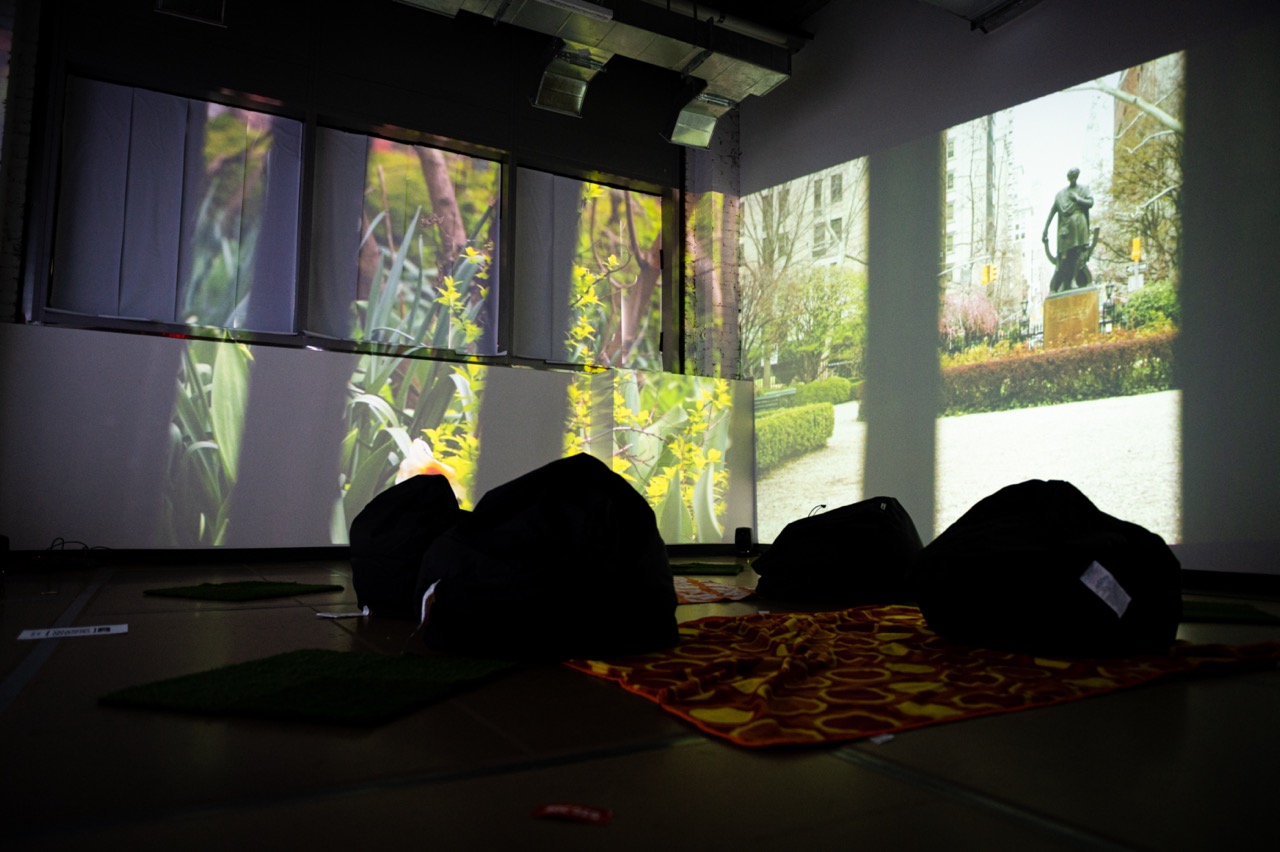